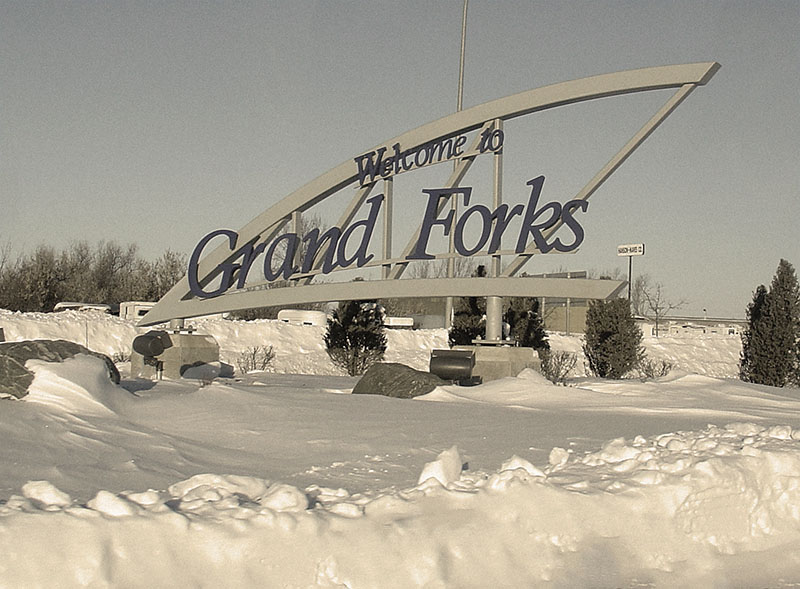 Growing up in the cold, harsh winters of Grand Forks in the 1980’s, keeping our sidewalks and driveways clear of snow and ice was a real challenge. Fortunately, our family was blessed to have the absolute BEST ice scraper in North Dakota. It wasn’t one that we had purchased at the local home improvement store, but an ingenious tool crafted by my uncle Dave.

Uncle Dave was blessed with a creative mind and craftsman’s talent to build incredible tools to make life easier. It’s a special gift passed onto him from my grandpa Dick, who always had a knack for taking good ideas and making them even better.

Having experienced the frustration of chipping away endlessly at stuck-on material with rigid, forged-blade scrapers, Dave wondered if he could redesign these clumsy chisels to work more like a giant putty knife. Dave’s innovative design makes use of a durable steel blade that’s strong enough to chop with, but thin and flexible enough to get below the surface to loosen and separate. As a chopper, the powerful blade blasts through ice without chipping or curling. As a scraper, it flexes and conforms to the scraping surface, sharpening itself as you work. He even designed it with an extra-long handle to relieve unnecessary back strain.

All winter long, Uncle Dave’s scraper made short work of snow and ice, no matter how compacted foot and vehicle traffic had made it. And when my parent’s home was flooded in the Red River Flood of 1997, the scraper turned out to be the perfect tool for quickly removing an entire basement’s worth of damaged tile flooring. Over the years, tasks of all kinds were made easier with our beloved scraper, whether we were tearing off roofing shingles, scraping up spilled mud after sheetrock jobs, or clearing manure from the barn. As word of his amazing scraper spread, Dave began selling them in small quantities to friends and neighbors as he continued to improve his design.

In the late 1990’s, I had moved to the Minneapolis area to attend school and met the girl of my dreams. Hoping to make a good impression on my soon-to-be father-in-law, I introduced him to my uncle’s scraper. He was impressed. A painter by trade, Gene had quite a few connections in the hardware industry. He introduced me to a few shop owners in the area and before long hardware stores from across the United States and Canada were clamoring to sell our scraper. We never expected Uncle Dave’s simple, clever idea would end up meaning so much to so many.

Once you try it I think you’ll agree – it’s The Ultimate Scraper!

What are you waiting for?

Buy Now or Find a Store